The Chibi Tarot Major Arcana is coming to a close, and I couldn’t be more excited. I’ve finished the Chariot and started work on the World Card. The last two remaining cards, the Star and the Sun, should be very straightforward, as I’ve already completed the major pieces for each of those cards. I’ve been doing more in-depth sketches of the characters from the World card, which I’ve shared with you below. The Angel is not included simply because I used a harder lead on his sketch that did not scan well. I’m very happy with the way these sketches came out. I view them as the evolved forms of the elements we saw in The Wheel of Fortune. As Wikipedia tells us, these four symbols originally intimated the four evangelists, but work just as well for the four fixed signs of astrology, and thereby the four elements. 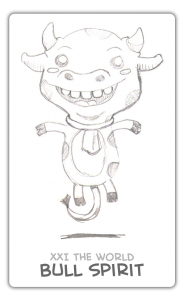 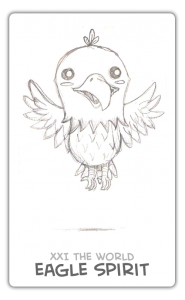 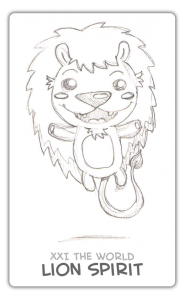 One Response to “The World Card – Sketches and Notes”